Oddly enough, or perhaps befitting, this tattoo sits on one of my most calm and grounded clients.
It has been a project in the making for many years, and likely to continue for another fair while, since there is skin left to decorate.

Originally, this project started with a cover-up of an old tattoo on the left arm, a rather dense wyrm that since dictated how we would get to proceed.

To match the brutality and heaviness of that wyrm, i created another such creature, this one loaded with details, but still heavy in form. The details was the path we needed to make smaller beasts later.

On the shin is a godmask, made with an armour-like beard and a fierce visage, to match the war-like wyrms.

And finally, the right arm was covered in the smaller beasts, a pack of wolves, fighting amongst themselves, and a small band of bindrunes 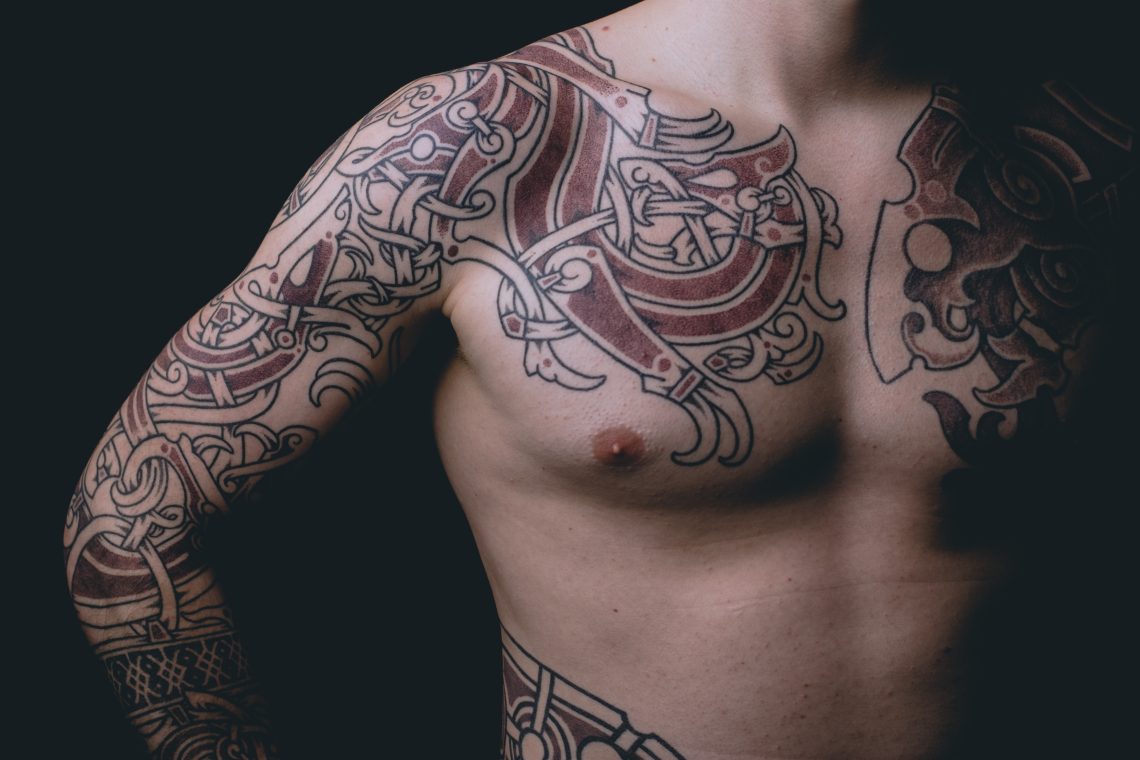 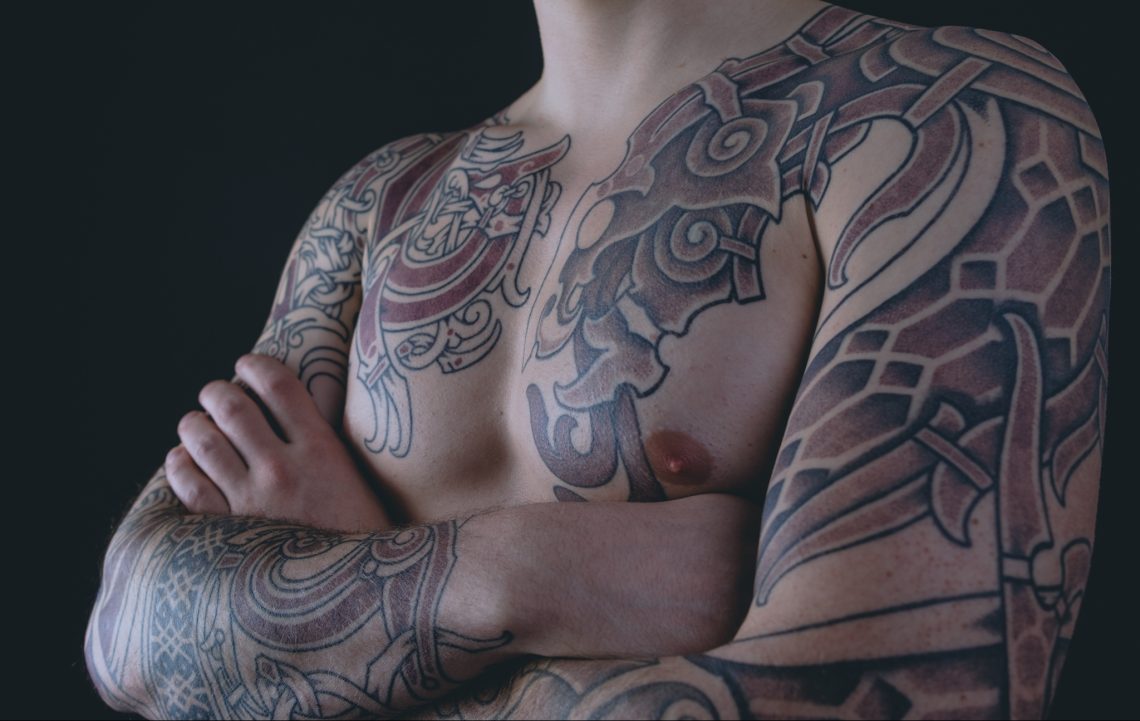 The mask has large tusks, as i wanted it to be akin to the older gods and Jotunn, perhaps to make this project into a suit of chaotic beings, the wolves of the Iron forest, the Wyrms of war that wrecks havoc, and the old and angry gods seeking vengeance on the Aesir. No matter how to interpret it, i have enjoyed this project and journey very much.